The Benefits of Recycling Your Computers 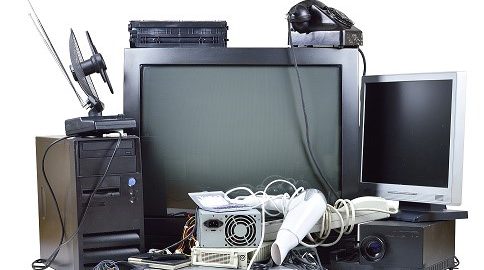 It’s pretty much impossible to not be aware of the many benefits from recycling. It saves many of the earth’s resources, helps reduce the amount of waste found in landfills, and encourages people to find other ways to use the used items around their homes and offices.

Most of us are familiar with recycling standards of glass, metals, and plastics. Of course, paper has been the longest running recycling product and continues to be as many worthwhile organizations use paper drives to raise money.

However, one type of recycling you may not have heard much about is the recycling of computers and other electronic equipment. As more and more people buy and replace computers at home and work, the landfills are becoming crowded by tons of computers, computer parts, and the toxins they harbor within. If you are wondering if all of the fuss is worth it, take a look at some of the benefits of computer recycling.

Instead of starting with the advantages of recycling computers for the environment, let’s start with what it can do for you. In many states and communities across the U.S. local governments have decided to offer tax incentives and breaks for recycling computers. All you have to do is get a receipt when you donate your used computer for refurbishing or for recycling. It’s one of the rare times when your broken or non-working computers can actually make you a bit of money to put towards replacements.

Recycling your computer can also have positive repercussions in other areas. Of course, you might get the tax break for donating and recycling your old equipment, but lets not forget that one of the biggest reasons many people make the decision to go with the computer recycling plan is for the benefits to the planet. Computers are large pieces of junk when they end up in landfills. If everyone were to simply throw their old, used computers away, the local landfills would end up full in a hurry. By making the choice to dispose of computers properly, landfill space is preserved and fewer resources have to be used.

Call us or email us to schedule a bulk pick up of your used office electronics.

We are open and scheduling and conducting pickups following all recommended NY and CDC safety guidelines.